Blog - Latest News
You are here: Home / How Peer to Peer Lending Works for Investors in Australia / What the LendingClub Debacle Means for Aussie P2P Lending

When the American LendingClub board fired the company’s CEO and founder in May for suppressing information about a dubious $22 million loan sale the entire Peer-to-Peer (P2P) lending industry came under a cloud including the fledgling Australian industry. 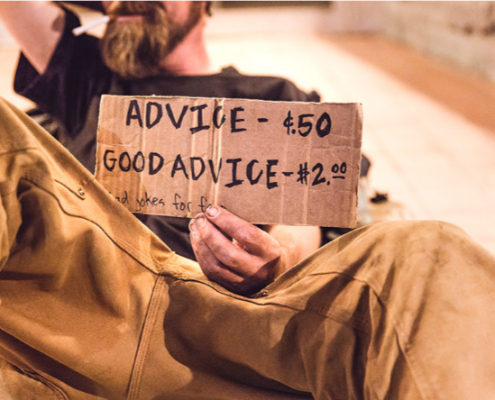 Questions were raised about the reliability of data that the company publishes.

As a result, lenders became reluctant to advance funds to LendingClub.

However the company is not a fly-by-night operator. Since its inception in 2009, it has provided borrowers with over U.S. $20 billion in loans.

Driven by a business model that provides increased benefits to both individual investors and borrowers, the industry is highly reliant on trust.

But if that trust is maintained, consumers and small businesses provide in Australia provide an ideal market for P2P lenders with a high degree of internet and smartphone penetration and a tech-savvy population.

In order to participate in this opportunity, a number of P2P lenders, both home-grown and from overseas, have started operations in the country. Some of the prominent firms in this sector are Marketlend, Kikka, OnDeck Australia, SocietyOne, Harmoney, and RateSetter.

If you agree that winds of change are all but a certainty, the future speed with which of P2P lending grows in Australia comes down to trust.

This trust will come from the companies themselves and as we saw during the GFC – the regulator (ASIC) will play its part.

So what does the Australian Securities & Investments Commission say? The ASIC website is quick to point out that investing through a P2P lending platform is not the same as putting your money in a deposit with a bank, building society, or credit union. The government’s rules regarding its guarantee on deposits with banks do not apply to funds placed with a P2P lender.

Investors should also consider that the recent crop of P2P may not have much of a track record in judging credit risk or recovering amounts from defaulting borrowers.

Perhaps P2P firms should be compared with owning the stock of a bank?

The LendingClub lesson for P2P lenders – trust and transparency is critical.

What is the transparency level at Australia’s P2P lenders?

There is a wide variation in the data that the country’s P2P companies reveal. While it is a fact that many of them have started operations only recently, some firms are definitely more open about their operations than others.

RateSetter, a company that launched operations in 2014 has posted detailed information about its loan book on its website. The data that it has put up in the public domain includes loan amounts, interest rates, and loan purpose. Without revealing individual borrower details it has published information regarding the age, gender, state of residence, employment status, income bracket, and homeownership status of its customers.

The company has also provided data on loan performance, including bad debt rates, arrear details, and outstanding balances. The actual return available to investors has also been revealed.

If management can continue to prove themselves as great operators and managers of risk you have to imagine they will do well.

How do Australian banks compare with P2P lenders?

The country’s banks enjoy a distinct advantage over P2P lenders. Money placed with banks has a government-backed guarantee on deposits up to $250,000. Individuals who put their savings into P2P firms do not get this benefit but then again the returns are vastly different and perhaps should be compared more closely with owning the stock of a bank where returns are higher and so is the risk.

A well-researched investment made in a P2P firm can provide individuals with far greater returns than what is possible through a term deposit with a bank. Borrowers, too, can benefit by taking a loan from a P2P lender rather than from a bank.

Australian banks are the most profitable in the developed world, with combined profits of a massive 2.9% of the country’s GDP. The corresponding ratio for the U.K. is 0.9% and in the U.S. it is 1.2%. The profitability of Australian banks is largely due to higher lending costs and low rates paid on deposits.

P2P lenders offer Australians a much-needed alternative to banks. Of course, it is essential that a little extra caution is exercised before investing in these newly established firms but if ASIC continues to do its job and some of these companies win our trust partly with through their transparency – you have to think we all have a brighter future.

Want to join the discussion?
Feel free to contribute!